The Savory Origins of Tamales 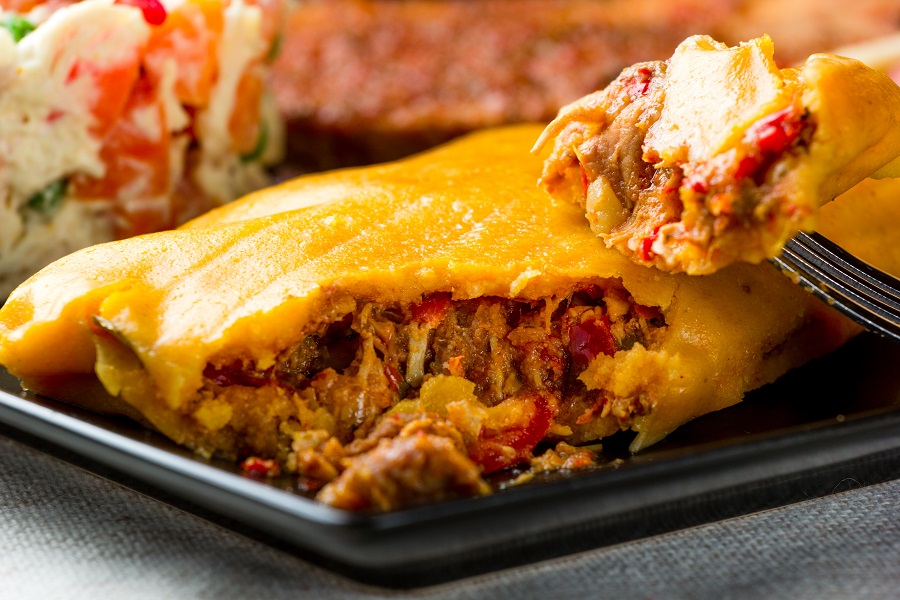 When one thinks of tamales, thoughts of Christmas time, family get-togethers, and staying cozy in cold weather comes to mind. Tamales are the perfect source for heart-warming food. But have you ever wondered where exactly tamales come? Or have you ever wondered who thought it would be a good idea to place mixed maza in corn husks? Many of us may be quick to provide basic American history trivia, but knowing where our foods come from allows us to know more about our cultural ties. We’re pretty aware that you already savor tamales, but providing you with historical context might make you appreciate the dish even more.

Tamales are recorded to have come into the picture circa 5000 BC, maybe even as early as 7000 BC in Pre-Columbian time settings. When women were first taken as army cooks to support men in battle, they had to carry out cooking duties. Because the demand for food was increasing as warring tribes grew, women were urged to either cook at a faster pace or make larger amounts of food. In this setting, the cooks had to get creative with providing an efficient and fulfilling dish for soldiers. Thus, the tamale was cast into the picture.

The Speed of Tamales

Tamales were not only highly desired by the soldiers but they were also fairly simple to make. The army cooks started taking it upon themselves to make the tamales ahead of time so all that they would need is to warm them up when soldiers were ready to eat. Tamales were either steamed, placed on an oven top, or directly above coals. These tamales were provided to a vast amount of Aztecan, Mayan, and Indian cultures.

When tamales were first being made, cooks would incorporate foods such as honey, squash, and mushrooms- which might be seen as an odd thing to do today. As time proceeded, varieties of meat and fillings have been specified to red and green chili, chicken, pork, beef, and cheese. It was only the norm for tamales to be made every day during the early dates of warfare. Now, tamales are usually a dish saved for holidays and family events.

The Best Tamales in Town!

Productos Real aims to give you the best tamale mixes and ingredients as you supply them for the holidays. Contact us today to learn more about our food and products!