A Guide to Popular Spices Used in Mexican Cooking 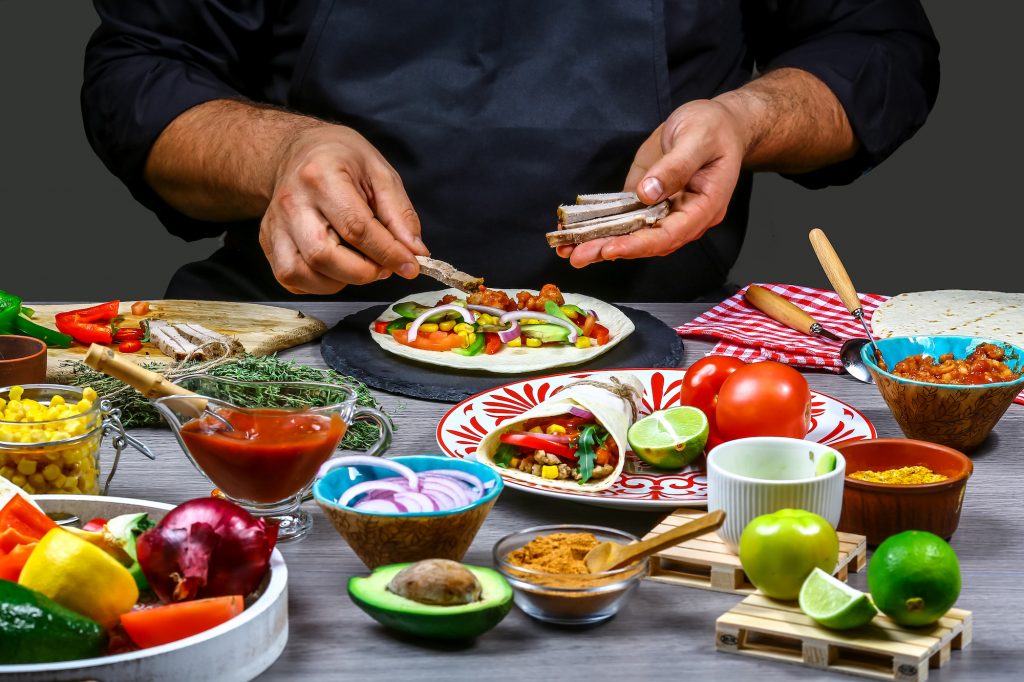 Mexican food is popular because of the many spices it includes. When people think of Mexican food, they immediately associate these dishes with spiciness, but that’s not all that Mexican cuisine has to offer. Mexican food is beyond spicy—it’s flavorful, simply put. If you’re looking for spices to make your Mexican cuisines more authentic, you’ve come to the perfect place. Here at Productos Real, we know what makes a Mexican dish flavorful and delicious. We list several spices found in Mexican cuisine and we discuss the dishes in which they are commonly used.

Cilantro is the most common herb when it comes to Mexican food. It’s commonly eaten with tacos. It can be used to marinate certain meat products and it’s found in Mexican soups. Overall, it can be found in almost any Mexican dish. This herb originates from South America and southern Mexico, but it has made its mark all across the nation when it comes to preparing and eating these foods.

Garlic and onion, similar to how cilantro is used, are commonly used as meat rubs and in soups. Should your Mexican dish lack flavor, this is where garlic and onion can help. Garlic is preferred because this spice can be easily ground and distributed evenly to any dish. Garlic is also great if you are short on time and need to use a spice that promises rich flavor.

Epazote is a lesser-known spice in Mexican cuisine, but it is still worth trying when making your own dishes! This spice is mostly used to flavor beans and is said to help calm an upset stomach that beans may cause. Although, this spice is very pungent so it must be used in small increments that way your dish is not too strong.

Cumin originally comes from the Mediterranean but it had made its way around the world, especially throughout Mexico. It is known for its toasty yet bitter taste, giving Mexican dishes a taste that cannot be easily replaced. It has grown in the Tex-Mex cuisine scene, a flavor used frequently in taco seasoning. People also consider this spice as “earthy”, “hearty”, with a citrus-like kick to it.

Most people might think of Italian dishes when they think of oregano, but this spice is also a must-have for many people when it comes to cooking up Mexican cuisines. Oregano is almost always used in menudo, a soup that uses beef tripe as its main source of meat. It also goes great with dishes that use tomato and it lends interesting flavors to many dishes.

Also known as “yerba buena” in Spanish, this is a staple that can be found in every Mexican kitchen. Although not typically used for entrees, it can be used for much more. Spearmint is found in aguas frescas (popular Mexican beverages), salads, and desserts. Spearmint is also known to be used in Mexican meatballs, but that is the only time it is ever really used for an entree.

This is sold and found almost anywhere. Chile powder is just ground up chiles, but it is mixed with other spices, mostly oregano, and cumin. This is often used to season meats and when cooking vegetables. There are several kinds of chile powder, one of which is ancho. This is used in Mexican hot chocolate, adding a unique spice to the rich and flavorful drink.

A spice that comes from dried seeds, it is the perfect mix of sweet and spicy with lemon-like and floral tones of flavor. Coriander often pairs well when other spices are used such as cumin, thyme, and black pepper. This spice is great when intensifying other meals such as chorizo, stews, and other soups that are made in Mexican food.

Hoja santa is a leaf found in Oaxacan highlands, where is where some of the most popular Mexican dishes came from, such as mole! Hoja santa leaves have been found as wraps when making tamales. These leaves can also be ground and distributed in sauces, chiles, or mole dishes.

Put Your Cooking Skills to the Test with Products from Productos Real!

Now that you know the most popular spices of Mexican cuisine, you can start experimenting! Give us a visit or call us today to learn more about how you can pair these spices with our fresh products.