The Best Types of Authentic Tacos 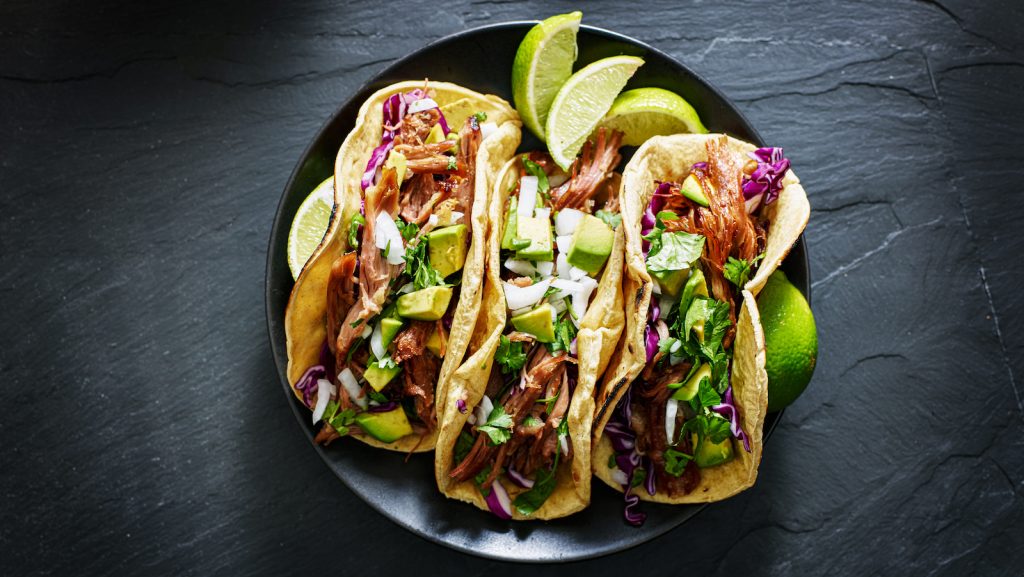 The diversity in Mexican cuisines goes far deeper than you can ever imagine. There is an endless amount of dishes in Mexican culture, all of which are popular all over the world! Mexican cuisines are highly requested because they are perfect for all kinds of events and occasions. Whether you’re throwing a party, having family over for dinner, or celebrating a birthday, nothing is better than cooking up an authentic Mexican meal. More specifically, Mexican tacos are favored in any place at any time. Thankfully, there are several kinds to choose from! We discuss the most popular choices.

Carnitas is one of the most common tacos. Similar to pulled pork, the meat comes from the shoulder and it is cooked at high heat to achieve a nice simmer. It is also marinated in herbs and spices for that extra kick and flavor. Some of the herbs and spices consist of garlic, salt, cumin, bay leaves, oregano, thyme, and many others, depending on where it’s cooked! The meat is rather tender, easy, and enjoyable to eat!

Barbacoa can be prepared in many ways. It is a rather popular dish and people even use the meat for tacos, as well! A barbacoa taco comes from beef and is also cooked over an open fire for a slow and tasty simmer. The way that barbacoa is cooked and prepared in modern-day Mexico can be dated back to the culture of the Taino people from the Caribbean.

Birria comes from the same source of meat as barbacoa, which is why it can often be confused as the same. What makes Birria tacos different is that the meat is marinated with a spicy guajillo-chili broth, which derives from Jalisco, Mexico. Similar to carnitas, the meat comes out lean, moist, and tender once it is completely done cooking. These kinds of tacos are popularly found in vendors all over Mexico.

Buche is a specific part of the meat of pork. The meat is set to sit in a broth for several hours, including a wide variety of spices and chile, to make the meat easy to break down. It has a somewhat chewy texture, but some people find that is it easier to eat than beef tripe, which has a spongier texture.

Similar to barbacoa, carne asada can be eaten and prepared in many ways. It just so happens that they also make a great source of meat for tacos! This meat is a steak skirt, a short lion section of a cow. This kind of meat is popular in the Northern states of the U.S. and in Sonora, Mexico. The meat is usually cooked with cumin, citrus juices, and other spices. It is usually grilled.

Chorizo is an extremely popular ingredient in Mexican cuisine. It is used in breakfast meals, tacos, and many other kinds of Mexican recipes! Chorizo is a blend of minced meat, including pork, sometimes other meats are utilized. It also has spicy chili peppers, which gives it that very bright red color. Cooking chorizo is rather easy and doesn’t require much time.

Tacos de Pescado, or fish tacos, can be found on menus almost everywhere. These tacos were founded in Baja California, right off the coast. Any kind of fish can be used, but these tacos are often prepared with a grilled white fish filet which is then cut up into smaller pieces for easier consumption. These tacos are also often topped with pico de gallo, lettuce, and creamy sauces.

Suadero tacos can be mistaken for carne asada or al pastor. This source of meat comes from the section of beef that lies between the leg and the stomach. It is cooked for hours to then be sliced into smaller pieces. It usually marinated with several ingredients, which gives it that soft and moist texture. It is a very popular taco in central Mexico.

Choose Productos Real for Fresh Produce and Even Better Eats!

Productos Real takes pride in providing customers with raw and ready-to-eat products. Whether you want to challenge your cooking skills or purchase food to go, we support your every want and need! Contact us today to learn more about how we can provide.