More Than a Breakfast Food: The Amazing Versatility of Chorizo 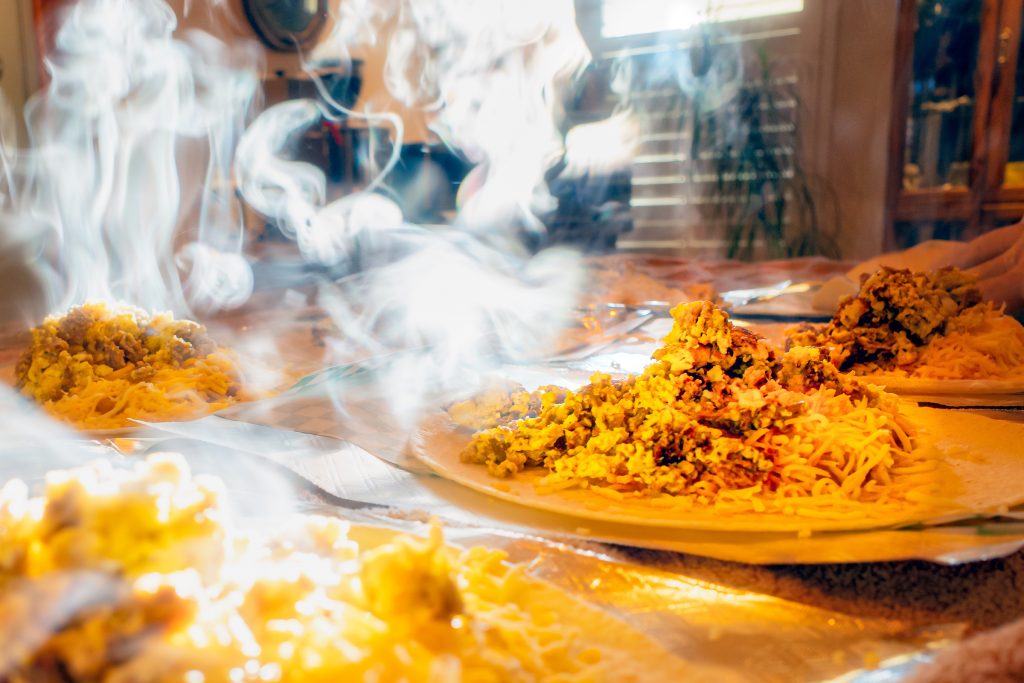 Chorizo makes everything juicier, tastier, and more finger-lickin’ good. It’s not just Mexican-inspired recipes, but in recent years, this ingredient has popped up in a variety of innovative recipes from breakfast tacos, casseroles, chili, and even salads. It makes an appearance in street foods, homemade recipes, and delicate high-end cuisine.

It is the ultimate sausage, a superfood, a versatile ingredient that adds a ‘pop’ to just about every dish.

So what’s the story? The journey of this little sausage may surprise you. Here’s what you should know.

The Origin Story of a Beloved Sausage — Chorizo

That’s right, chorizo is a category of sausage. Most people in the U.S. recognize chorizo as an ingredient from Mexican cuisine, but it is also used throughout the world in places like the Philippines and where it originated from, Spain. The world of chorizo, in other words, is far more far-reaching than some people might suspect.

There are different varieties: from the spicy Mexican style chorizo to the grilled and herb-rich recipes throughout South America. This category of sausage originated from Spain and, as the Food Network writes, the word itself comes from a mix of the Portuguese word sourico and the Latin word for salted. The Castilian language (or Spanish) word for sausage is “salchicha.” At this point, chorizo can really vary vastly by region. In Spain, it most commonly refers to a type of pork sausage that is fermented and cured. In some areas of Spain, it is eaten without cooking—almost like a slice of cold-cut meat. In Spain, it is often added to Paella dishes and as a side dish to go with wine.

Today chorizo is used throughout Latin America, including countries like Cuba, which have adopted the recipe and modified it with their regional preferences.

What is chorizo anyway?

There is no one way to do chorizo. And while most people consider chorizo a breakfast food, it’s got many more tricks up its sleeve.  This is a truly versatile sausage. The common ingredients, however, include pork, paprika, and garlic. The pork is usually mixed with seasonings and a bit of pork fat. Then, depending on the region, it can be traditional spicy or extra spicy. The annatto seed is what often gives the sausage its red color, but in most Mexican varieties, it is local chiles that color the chorizo. It also gives it its distinguished spice. Vinegar is often added to many Mexican chorizos in order to achieve a tinge of tang and bright flavor.

If you’re curious about how many types of chorizos are out there, here are just a few:

So How Does the Mexican Chorizo Stand Out Amongst the Rest?

The main difference is how they are made. The Mexican chorizos are made with finely ground meat that crumbles at the touch and must be cooked before eating. The Spanish chorizo—sometimes found in the United States— can be consumed without cooking, as if it were a fine salami. The Mexican chorizo is known for its bold and unmistakable spicy kick.

Although often thought of as a breakfast food, chorizo has a lot more game than that. It can pass for a lunchtime snack, a refined dinner, or a family feast. Like many Mexican food ingredients, chorizo lives many lives and it doesn’t limit itself to a breakfast burrito (although you can’t go wrong with that).

So how else can you prepare chorizo? We looked around for some unique recipes. Here are just a few:

Chorizo as a taco filling: This one is pretty common, but most people might not realize that chorizo can be added to steak, mixed with egg, or even cooked with potatoes for an out-of-this-world taco filling. It’s not just about how you cook it, but also how you serve it. Maybe a little chorizo and cilantro for street taco heaven? Or how about some chorizo breakfast tacos with potato hash and eggs? How’s that for starting your day off right?

Chorizo as a Chilli Ingredient: When the weather gets cold, there is nothing more comforting than a bowl of homemade chili. So what if you want to spice up that chilli just a tad? If you’re cooking some chilli, adding chorizo as a secondary or primary ingredient will put a new spin on this. Some people have raved about chicken chorizo chilli recipes that use the fatty nature of the chorizo to enhance the chicken flavor.

Chorizo and Seafood: That’s right! Not a combination you hear about every day, but consider this: the juicy nature of the chorizo will complement anything from shrimp, cod, clams, mussels, and more. This delicious combination deserves to be further investigated. Now’s your chance.

Get Fresh Mexican Chorizo and Go All Out!

There is no limit to what you can do with delicious chorizo. The important thing is that you acquire quality chorizo from a source you trust. Productos Real has been providing restaurants and regular folks quality Mexican food ingredients for many years.

Want to learn more about our Mexican food products? Ready to explore the hundreds of recipes available?